Best Way to Train the Hamstrings?

This blog aims to provide a critical review of recent scientific research examining how we can best train the hamstrings, and how we can use this in the real world as coaches and clinicians.

What’s the Best Way to Train the Hamstrings?

Since they cross the hip and knee, they have function at both joints. The primary function of the hamstrings at the hip is to extend the hip, whereas at the knee it is to flex it. These functions are essentially the opposite of the quadriceps, making the hamstrings an antagonist muscle to the quadriceps in most single joint motions.

The hamstrings are a common muscle group we look to develop in rehab. Whether we are looking to increase their strength & size for benefits post ACLR, hamstring strain, or as a means to improve performance in general, knowing what delivers the best results is an important consideration in our selection. We’ve covered training the hamstrings prior when looking at Nordics and Razor Curls, but that’s the extent so far. Now we want to examine more options, particularly looking past injury prevention and digging into the research on strength & hypertrophy.

See our youtube videos and blogs on these topics:

Can we prevent injuries (Blog)

Most of the time when people discuss training the hamstrings, the extent of the conversation is knee flexion vs hip extension – the functions we discussed previously. When discussing knee flexion, we can think of movements like seated leg curls, lying leg curls, sliding leg curls, essentially any leg curl. In contrast, for hip extension movements we can think of exercises like deadlifts, hip thrusts, back extensions, and many more.

However, we can also compare how changing the position of the non moving joint affects the hamstrings activation, force expression, and work completed. For instance, while performing knee flexion, being in either hip flexion or hip extension, or while performing hip extension, being in either knee flexion or knee extension. This is an important aspect to layer on to the discussion as we’ve seen for the quads that exercising at different muscle lengths can impact their hypertrophy. You can learn more about that here.

Fortunately there was a recent paper that looked at this: Muscle recruitment pattern of the hamstring muscles in hip extension and knee flexion exercises from Yanagisawa 2020. We learnt about this new paper from Greg Nuckols in the most recent edition of MASS. There is so much research coming out every month and having more people help sift through and find the most relevant papers is really wonderful and something we love about MASS.

So why is this paper so helpful? What did they do?

This might seem odd as normally we see people utilize EMG testing, but there are a few important considerations as to why this was done. The hamstrings are long, thinner muscles and in layers. This makes surface EMG hard to measure. MRI allows the boundaries between the muscles to be more defined, and it’s been found to a relatively valid measure for muscle force during exercise, and match up with EMG measurements, so it’s a good option here.

Why are we talking about this? What did they find?

The first major finding was knee flexion exercises as a whole destroyed hip extension exercises. This might come as a surprise to some, but for anyone who knows anatomy well this makes sense. When it comes to knee flexion, we realistically only have our hamstrings to do the job. Sure there are some supporting muscles like the gastroc, but they’re not contributing a ton. In contrast, for hip extension we have a lot of musculature that either directly assists, such as the glutes, or assists through moving the pelvis like the spinal erectors.

We’ve seen previous research support these findings. For example, a study from Schoenfeld 2015 compared lying leg curls with stiff legged deadlifts and found that the leg curl had more mean activation of the hamstrings than the deadlift. While there was differences by which region of the hamstring we talk about, the overall activation was greater for leg curls than deadlifts.

Another study from Ebben 2009 compared various lower body movements spanning deadlifts, squats, good mornings, and glute ham raises. In their study the movements that had a focus on knee flexion had significantly greater activation of the hamstrings than the hip extension based movements.

What it does mean though is that if your goal is to maximize hamstring development, particularly hypertrophy, for a patient, client, or yourself, you should definitely have knee flexion exercises in the program. Hip extension based movements are great and in a well rounded program should be included as well. However, knee flexion movements are often viewed as not functional and commonly neglected, but it’s important to incorporate them.

To summarize, if you have to choose between a hip extension and a knee flexion exercise, you’d be better off selecting a knee flexion exercise. Both knee flexion and hip extension can be beneficial to utilize, but since the knee flexion will guarantee the highest degree of hamstring involvement, will would veer towards them as a higher priority. Choosing between long length and short length doesn’t appear to matter as significantly as knee flexion vs hip extension, but you’ll likely benefit from using both. It’s common for preference to be towards short muscle length in a lot of cases, so ensuring more rotation of long muscle length will will increase benefits for muscle activation. Future research on this will tell us more, but for now, if you want beefy hamstrings, get doing some hips flexed leg curls!

We currently have a limited body of research on this topic, and the majority of it is based on acute studies and not long term measures. It’s difficult to ascertain whether a difference in EMG amplitude will have a substantial impact on the net muscle growth after week, months of years of regular training. 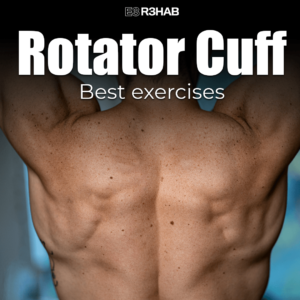