During open chain exercises, the distal segment, such as your hand or leg, moves the resistance. Examples include a seated leg extension or bench press exercise.

In contrast, during closed chain exercises, the distal segment is fixed on the floor or object, and your body primarily provides the resistance, such as in a squat or push-up.

These muscles include the infraspinatus, middle and lower trap, and the external oblique and erector spinae muscles.

The concluded “these results have important clinical application, because exercises that maximize activity of the rotator cuff and scapula are recommended for patients with shoulder dysfunctions and rotator cuff tears.”

Uhl et al in 2003 found a simple progression of upper body weight bearing, led to an increase in supraspinatus and infraspinatus activation. This progression moved from quadruped, to tripod to pointer (or birddog) to a tall plank, to a feet elevated plank, and finally to a one arm plank.

In the same article by Pozzi et al, and in another one by Calatayud et al 2014, authors found that closed chain upper body exercises elicited more trunk activation than their open chain counterparts.

If the goal is to build strength or hypertrophy of larger muscles, there are a lot of factors to consider. But when comparing open vs closed chain, there does not really seem to be one that is superior to the other.

Calatayud et al 2014 found that pectoralis major, anterior deltoid and tricep activation was similar between the bench press at 85% of 1 RM and the banded push-up.

So if the goal is to build strength or hypertrophy of the upper body, an emphasis should be placed on making the exercise appropriately challenging and focusing on progressive overload.

The bench press is one of the most popular pressing exercises implemented for strength and hypertrophy of the upper body, but push-ups can be just as effective when implemented appropriately.

For more information on the topic of push-ups and their versatility, check out some of our other content on the topic:

Both in the Pozzi et al and Calatayud et al articles mentioned previously, authors found that the closed chain exercises led to more serratus anterior activation when compared to open chain exercises. Additionally, they found a more favorable upper trapezius to serratus anterior ratio, meaning closed chain options generally activated the upper trapezius less and the serratus anterior more. This might be a consideration if you are more irritable in the neck region, and the goal is to reduce activation of the neck muscles and maximize use of the shoulder.

To take this a step further, you can compare this activation when using stable vs unstable surfaces. When using a stable condition (i.e. push-up from the floor) compared to an unstable condition (i.e. TRX push-up), serratus anterior has been shown to be activated about the same if not slightly more, and the upper trapezius less. This means push-ups from the floor would be a more appropriate option then a TRX or ring push up if you are looking to maximize serratus anterior and minimize activation of the upper trapezius.

A systematic review and meta analysis by Kang et al in 2019 examined a popular exercise which is used for activating the serratus anterior: the push-up plus. They found two major findings. First, authors confirm stable surfaces have a more favorable serratus anterior to upper trapezius activation ratio.

And secondly, out of all the ways you can perform the push-up plus, you get the best activation when we have arms straight, slightly out in front so our shoulder angle is about 110-120 degrees, and if tolerated, you lift the same foot, to maximally load the desired shoulder.

The concept of closed chain exercises come up more frequently when discussing lower body movements, but hopefully the information shows you there is a lot of value for utilizing them for the upper body as well.

Programming does not need to be biased strictly toward open or closed chain, but rather you can utilize both of them together in a comprehensive program in order to produce favorable outcomes. 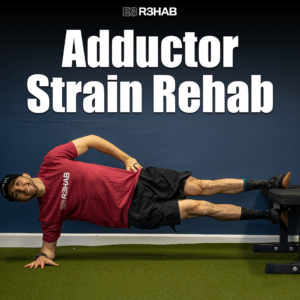 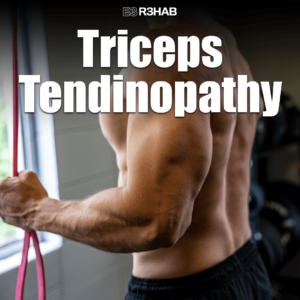