Do You Need ACL Surgery?

The purpose of this blog is to discuss how it’s possible for some individuals to manage an ACL tear without surgery. I’ll frame the discussion around 3 of the most commonly held beliefs and provide you with information that hopefully helps you with your final decision. This is not medical advice or meant to replace a consultation with an orthopedic surgeon.

Although surgery has contributed to many success stories, it’s not the case for everyone, so I want to mention some of the potential drawbacks.

A systematic review and meta-analysis by Ardern et al in 2014 concluded that “81% of people return to some form of sport after surgery, 65% returned to their previous level of sport, and 55% returned to competitive sport.”

A more recent study by Falstrom et al in 2021 found that 42% of female soccer players who returned to soccer sustained a new ACL injury within 5 to 10 years.

Lastly, Webster et al in 2018 found that for individuals under the age of 25 who have already had a second ACL reconstruction (ACLR), 27% of them will go on to have a third ACL injury.

These numbers will vary based on sports participation, functional readiness, and other factors, but these papers highlight that not everyone returns to their prior level of activity or does so without eventually having another injury. This isn’t meant to discourage you from having surgery if it’s the right option for you. This information should be a point of discussion with your surgeon and physical therapist regarding the best decision for you.

In addition to the cost and other risks associated with surgery, general anesthesia, nerve blocks, and post-surgical pain management, surgery itself is another injury. The intention is for it to obviously have a net benefit, but it does usually involve removing healthy tissue, such as your patellar tendon, hamstring tendon, or quadriceps tendon, to reconstruct your ACL.

What about reducing your risk of osteoarthritis or new meniscus tears in the future? As of right now, research doesn’t support the idea that operative management is more protective than non-operative management. Culvenor 2019, Nordenvall 2009, Kvist 2020, Ekas 2020, Pedersen 2021 OA, Myklebust 2003, Van Yperen 2018

Before moving on to the next section, I want to briefly discuss how we determine the efficacy of a treatment. In other words, how do we know that surgery works? We generally think very linearly – you get injured, you get surgery, and you feel better; therefore, surgery led to you feeling better.

But how do we know that you feeling better wasn’t influenced by other factors, such as the rehabilitation or passage of time?

If you get a cold, take medication, and feel better after a week, was the medication the sole reason for you feeling better?

Researchers test for this by using something called a randomized controlled trial. An example would be to take 100 participants who got injured and randomly divide them into two groups: 50 people get surgery and 50 people get non-surgical management. Intuitively, we might think that surgery wins every time, especially for something like a torn ACL.

So let’s move on to the next belief.

Out of the hundreds of randomized controlled trials in this area of research, only two have used a similar protocol. The KANON trial and the COMPARE trial randomized individuals who tore their ACL into two groups:

What were the main takeaways from these 2 studies? In the group that was assigned to rehabilitation first, 50% ended up choosing to get ACLR. The other 50% who didn’t get surgery had outcomes that were similar to those who had the early ACLR. This research informs us that for some individuals, non-operative management is a viable option after an ACL injury.

To further determine the efficacy of the surgery, it would be helpful to compare it to placebo. I know that probably sounds a little crazy, but studies comparing real surgery to fake surgery for shoulder impingement and degenerative meniscus tears show no difference in outcomes after 5 years of follow-up.

This kind of study is important because our beliefs influence outcomes. For example, if you were randomized to the non-surgical group, but you already had your mind made up that you wanted surgery, you’re probably going to choose to get surgery.

A study by Thorstensson et al in 2009 explored the preferences of patients in the KANON trial. One participant stated, “I wanted surgery from the beginning, but I felt persuaded to try training after randomization. I had surgery in the back of my head all the time, even when I did give training a decent go.” Another participant said, “I saw the study as a faster way to surgery, no matter what treatment arm I was randomized into.”

We’ll come back to this idea in the last section because your beliefs and preferences, whether you’re for surgery or against surgery, will play a role in your final decision.

However, studies by Fujimoto et al in 2002, Costa-Paz et al in 2012, and Ihara and Kawano in 2017 demonstrate that the ACL can spontaneously heal in some cases. In fact, Filbay et al analyzed the data from the KANON trial and concluded that “there was a high rate of ACL healing in patients managed with rehabilitation alone [58% after 5 years] and these individuals reported better patient-reported outcomes compared to the non-healed and reconstructed groups.”

How Do You Make The Right Decision?

Well, Filbay and Grindem, two of the leading researchers in this field, recommend a period of rehabilitation prior to committing to surgery for most individuals with a torn ACL because “preoperative rehabilitation improves postsurgical outcomes in those who go on to have an ACLR” anyway.

Based on papers by Grindem et al in 2018, Pedersen et al in 2021, and van der Graaff et al in 2022, you may be more inclined to choose nonoperative management if

For example, if you’re a 35-year-old individual who wants to return to pickleball and your knee has been feeling great after 3 months of rehab, you’re probably better suited for nonoperative management.

On the other hand, if you’re a 20-year-old college athlete who plays competitive rugby and your knee continues to feel unstable after 3 months of rehab, you’re probably more suitable for surgery.

It’s the people in the middle that make the decision more difficult. There are studies showing handball players and other high level athletes doing fine after 6-20 years when managed nonoperatively, and studies showing that people can return to pivoting sports recreationally. Otherwise, more research is definitely needed.

As discussed earlier, your beliefs and preferences might also influence your decision. If you have your mind made up one way or the other despite this information, then that might be the appropriate choice for you.

Regardless of the decision you make, I want to end with three crucial points: 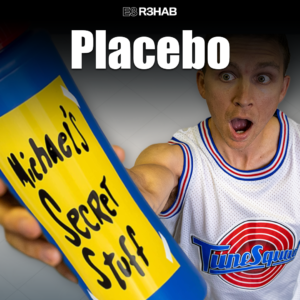