How Does Foam Rolling Work?

The purpose of this blog is to analyze and appraise the current body of research on how foam rolling works, including the various mechanisms for how it may have an effect.

But how do these things work? What are they doing? What is the mechanism for the claimed effects?

It’s common in rehab for people to ask us about rollers and other soft tissue modalities such as lacrosse balls (LAX balls) and stick rollers. These questions usually revolve around how to use them or what they’re actually doing, such as possibly breaking up adhesions or loosening up a tight muscle.

Sometimes we’re prescribing these different soft tissue devices as part of a plan of care, either as a component of their treatment at the clinic or for their home exercise program. Considering what they do is very important to help guide or prescription. It allows us to ensure that we prescribe an optimal dosage, maximizing the possible benefit. It also ensures that we don’t recommend conflicting or redundant interventions, such as having two treatments with the exact same type of stimulus and benefit, or two treatments aimed at achieving the complete opposite outcomes.

I’ve worked in the rehab & fitness industry for over a dozen years and in that time I’ve heard a ton of different claims on how these devices work. Sometimes these statements are reasonable ideas, comparing them to massage, theorizing that there are similar effects and benefits as the hands on treatments. Other times they’ve been outlandish statements that clearly have no physiological support and show the limited critical reasoning that’s been applied to the topic. Today we’re going to provide you with what research says on this.

How Does Foam Rolling Work?

If you ask most people how foam rolling works, they’ll give you some kind of answer about breaking up tissue or making your muscles and fascia less stiff. This is the mechanical theory of the effects, and the most commonly known ones, but there are 3 other categories science has found as possible answers.

There are also physiological effects such as increased blood flow, stretch tolerance, temperature change, fluid exchange and altered muscle architecture. These are centered around the impact of pressure influencing our muscle shape and creating various effects from it.

Then we have Neurological effects such as analgesia from stimulating our mechanoreceptors, altering our pressure pain sensitivity, providing a diffuse noxious inhibitory control from the degree of pressure applied, and changing muscle amplitude.

And finally we have the psychobiological effects such as the release of endorphins and THE PLACEBO EFFECT. This is one that is often heavily ignored and not factored in when you talk to the vast majority on this topic – but we actually have a substantial amount of evidence supporting this category of effects.
These are the four main categories that research has chunked as the possible effects that we see occur with foam rolling:

Fortunately we’ve had research try to dig deeper into these and examine which ones are possible, which ones have more of an effect, and which are not likely occurring or doing much of anything. So let’s get into it!

Our first study we want to examine is from Murray 2016 who completed a study where they had individuals foam roll their quads for 60 seconds, and then measure knee range of motion, quadriceps muscle temperature, and tensionmyography of the quadriceps.

The researchers found no significant effect on muscle contractility markers from the tensionmyography or any significant effect on muscle temperature. The researchers did find that there was a change in range of motion for the knee for greater degrees of knee flexion. However, the change in range of motion dissipated in about 15 minutes.

Foam rolling and it’s similar devices are often called self myofascial release devices. This is because it’s believed that these devices alter the muscle and the fascia. These results do align with that theory as a possible mechanism for the effects of foam rolling. A central concept around fascia is something called thixotropy where a gel transitions to a more fluid state temporarily after a shear wave impacts it and then returns back in time. This may be why we see the range of motion results initially, that then return to baseline after a brief period of time and aren’t long lasting.

Another theory around foam rolling is it impacting the golgi tendon organ. The golgi tendon organ is a mechanoreceptor that senses tension. Since foam rolling applies a pressure to the muscle that induces a change in length and tension, some have argued that perhaps this is a mechanism for the effects we see. This idea has been found not plausible though. Behm 2018 reports that the Golgi Tendon Organ activation will return to normal once a pressure stimulus is removed.

Kelly 2016 looked to examine the range of motion effects more in depth. They had individuals foam roll one of their calves for 3 sets of 30 seconds and then measure dorsiflexion range of motion changes on both sides. They saw that there was a significant improvement with rolling for ankle dorsiflexion – but on both sides. The side that was rolled did have superior results, but after about 15 minutes the difference between sides was less than the standard error in the test.

This might indicate that the more immediate effects we see are related to the thixotropic effect we mentioned prior, and longer lasting effects might be due to something else that allows both sides to be affected.

A study from Cheatham 2017 looked at having individuals foam roll their left quad and then compare how that affects the pain pressure threshold on their left quad, their left hamstring, and their right quad. The researchers found that foam rolling had not only a local effect on the left quad, but a global effect that changed the pressure pain threshold for the hamstring and the opposite quad.

These kinds of results have led to a theory that foam rolling is likely having some sort of an impact on the peripheral and central nervous system through inducing a diffuse noxious inhibitory control. This might be why we see benefits for stretch tolerance and other factors following foam rolling only last temporarily, but have an impact globally.

When we look at this contrasting studies, there is significant overlap in certain key variables that help us align how likely some of the theories about foam rolling’s mechanisms are. It becomes quite unlikely that there is much of any mechanical effects occurring, at least in the way it’s most commonly perceived. In contrast, the other three definitely hold more stake and likely are contributing each to some level.

When Should You Foam Roll?, Hip Flexor Stretches, Gluteal Amnesia

Behm D. 2018. The science and physiology of flexibility and stretching: implications and applications in sport performance and health. 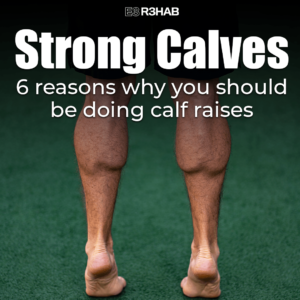 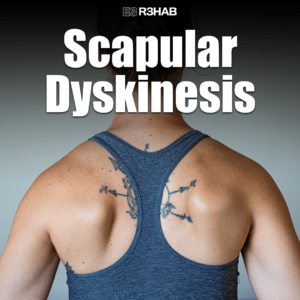