The purpose of this blog is to discuss knee valgus & squatting, analyzing why it occurs, whether it is an injury mechanism, and how you can reduce knee valgus if it’s problematic.

What is Knee Valgus?

During a squat, you are usually instructed to have your knees travel in line with your toes, having your hip, knee, and foot in roughly a straight line. Dynamic knee valgus is where your knee travels medially in relation to your hip and foot. This is usually through a combination of hip adduction and internal rotation with tibial external rotation.

Why Does Knee Valgus Occur During a Squat?

There is a common belief that knee valgus occurs during a squat due to weak glutes and tight adductors, however, this doesn’t quite line up with what research has found. For instance, Bell 2008 looked at the relationship between muscle strength and squat mechanics and actually found that the individuals who had knee valgus with squatting showed greater strength in movements like hip external rotation and extension, which are done with the glutes. Similarly, studies from Thijs 2007 and Norcross 2009 examined squat type movements, the lunge and lateral step down, and found that hip strength was not associated with the amount of valgus demonstrated in these movements.

Why does it happen then? Well there are two main possible reasons.

Usually if you demonstrate knee valgus in a squat, it’ll be at deeper ranges. For example, when you watch Toshiki Yamamoto squat at full depth, he has knee valgus after leaving the hole. In contrast, when he does a partial range squat, he has no knee valgus.

Research from Vigotsky 2015 and Kubo 2019 have demonstrated that the adductors are very involved with deep squats. As such, it makes sense when you squat low and begin to drive up that the adductors will cause some hip adduction along with extending the hip.

Another possible reason for knee valgus is a change in the knee flexion moment arm. How much demand is placed on a muscle is dependent upon the load and the distance the load is from the axis, also known as the moment arm. As the knee travels a further distance forward, the relative demand on the quads increases. As you come up out of the hole, if the knees rotate inwards, this reduces the knee flexion moment arm, which reduces the demand on the quads. Once you pass the sticking point where the demand begins to reduce, the knees then rotate back out.

It’s very likely that both of these contribute in most cases. When the effort level or load increases, it is common to see valgus occur. For instance, as Andrey Malanichev goes through his set, he progressively has more knee valgus as he reaches higher levels of exertion. Alternatively, you’ll often see weightlifters demonstrate little to no valgus with light weights, but as the weights increase, you’ll see them progressively had more and more knee valgus.

Why is Knee Valgus Thought To Be A Problem?

Knee valgus has been associated with a range of different injuries to the knee, most notably ACL tears. Due to this relationship, people are often coached to avoid knee valgus in all situations for fear of damaging the knee.

While knee valgus has been found to be associated with certain injuries, not all knee valgus is the same and the risk of injury depends on the situation. The breadth of the literature examining knee valgus and injury has focused on ACL tears where the person is usually doing some kind of cut or pivot.

In these situations, the person is decelerating, often either on one leg or heavily favouring one side, with their knee bending around 20 to 30 degrees, with ground reaction forces peaking to above 3.2 times body weight. This occurs very quickly, typically with the injury happening in under 40 milliseconds. Due to the demands of the activity, the ACL gets tensioned to a very high level, and if it exceeds its capacity, the ACL ruptures.

This is very different from what happens with squatting. During a squat valgus often occurs while accelerating out of the bottom position, with both feet on the ground, and your knees bent 90 or more degrees. This also occurs much slower, with peak ground reaction forces usually happening at 150 milliseconds or slower. The amount of ground reaction force is often similar to what’s seen in the cutting or pivoting actions, however it’s split between both legs.

These differences are really critical to factor in as they’ll change what gets loaded. For instance, when the knee is flexed beyond 30 degrees, the amount of ACL loading comes down. As the knee is flexed to even higher degrees, such as seen in a squat, the ACL loading continues to decrease. This is likely why research has shown that the ACL has less strain with deeper squats than shallow squats. Altogether, the ACL is just not meaningfully stressed during squatting like it is with cutting or pivoting.

Overall squatting is a relatively low risk activity. Sports such as weightlifting and powerlifting have around an injury rate of 2.4 to 3.3 injuries per 1000 hours of participation, with knee injuries accounting for approximately 20% of injuries. In contrast, sports like soccer have a similar percentage of knee injuries, but have a higher total number of injuries, averaging around 4.6 to 5.2 injuries per 1000 hours.

As well, when examining the type of injuries that squatting based sports experience around the knee, there is a greater incidence of tendinitis presentation than other injuries. Tendinitis presentations are really a matter of workload management, balancing the relationship between intensity, volume, and frequency to what you are capable of recovering from. When training loads are pushed beyond what’s recoverable, these types of injuries often present. The valgus position doesn’t inherently lead to them.

Does Valgus Matter? Can There Be Too Much?

Does this mean that valgus during a squat doesn’t matter and you shouldn’t worry about it? Possibly. From a standpoint of injury risk, valgus is not necessarily any more dangerous than any other aspect of how you execute a movement. Your capacity of load in a given movement can be reflected by your envelope of function. You have a given bandwidth to which you can tolerate currently. With consistent and reasonable training, this increases. However, if you have a spike in training demand, it may exceed your capacity and you may experience an injury. This is not unique to knee valgus.

While the motion may not necessarily change your injury risk, that doesn’t mean it’s always desirable. When considering performance, you should evaluate when your knee valgus occurs and the degree of it. If you look at high level squatting athletes, you’ll generally see knee valgus occur during the concentric portion of the movement. In contrast, when you watch beginners, it’s common for them to start the movement with knee valgus. Having the knees in line with the toes is typically optimal for force production for the knee and hip extensors. On the way up, this may change with higher efforts with the recruitment of the adductors and changing leverages for the quads, however, this should be a momentary adjustment. If you find that you are squatting with your knees in valgus from start to finish of the lift, it may be advantageous in the long term to change this.

What To Do About Knee Valgus?

If you’re struggling with poor timing or excessive valgus limiting your performance, then it may be worth addressing it. The first thing most people look to do when addressing knee valgus in a squat is use a band around the knees. While this is common, research has found this to be ineffective and even detrimental. Studies from Gooyers et al., Foley et al. and Reece et al. all found that when using a band around the knees there was either no difference or an increase in knee valgus angles. There are studies and reports showing a reduction in knee valgus, but these are usually with no resistance, whereas in these studies the loads were anywhere from 40% of 1RM up to a 3RM.

In contrast, these 4 options may be more effective in altering valgus motion.

Having stronger quadriceps will always be beneficial for a squat, but it may be particularly beneficial if you struggle with excess knee valgus. As discussed earlier, one reason the knees may come in is to reduce the relative demand on the quads while rising out of the hole of the squat. Increasing your quads strength will better prepare you for the demands of the movement and improve your performance in the lift.

If you’re used to quickly dropping your squat and flying up as fast as possible, you may be exceeding what you can control. Slowing down your pacing during your squat can give you a better opportunity to adjust technique. Experimenting with slowing down your lower, possibly adding in a pause in the bottom, and even slowing down rising up can be very beneficial.

Overall, squatting has been found to be beneficial for increasing leg strength, tendon thickness, and ligament thickness, all of which are desirable adaptations. Knee valgus in the squat likely occurs due to adductor recruitment and quadriceps demands. It isn’t inherently dangerous or problematic, however you may demonstrate too much or poor timing of it and benefit from addressing it for improved performance in the squat.

Do you want to improve your technique in the squat, bench press, and deadlift? Check out our Powerlifting programs! 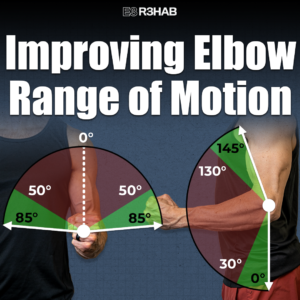 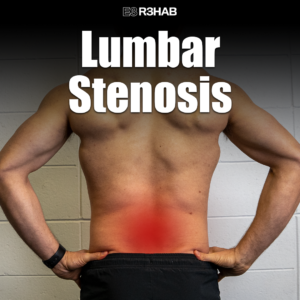