The purpose of this blog is to discuss why your “rhomboid pain” actually isn’t stemming from your rhomboids, and to provide some simple, practical advice and exercises to help.

It’s Not Your Rhomboids

Many people experience a deep, dull aching pain along the medial border of their scapula (area between the shoulder blade and spine) and have been unable to find a long-term solution to this problem. Considering the location of the rhomboids (see images below), many individuals are led to believe that their discomfort originates from a strain or trigger point associated with these muscles. However, if someone only experiences temporary relief from interventions like stretching or massaging the area with a ball/foam roller, my recommendation would be to reevaluate this strategy and look to address the cervical spine by utilizing a more comprehensive approach that incorporates exercise and lifestyle modifications. Let’s explore the topic a bit.

A landmark study by Dr. Ralph Cloward in 1959 demonstrated that noxious stimuli applied to different aspects of the intervertebral discs could reproduce pain in the rhomboid region. Here’s an excerpt from his paper regarding one of the subjects: “The pattern of referred pain was constant whether the stimulus was produced by needle puncture on the external surface of the disk or by focal internal pressure by injection of an anterior ruptured disk for diskography. The patient described the pain as a deep, dull ache in the shoulder blade-not a sharp pain-although sometimes quite intense.” Since the patients were conscious during the procedures, the images below depict the locations of discomfort they vocalized to experience.

Cervical referral patterns have been studied extensively over the past 60 years since Dr. Cloward’s initial study. For example, Slipman et al. 2005 reported similar findings in their prospective study titled “Provocative cervical discography symptom mapping.” Another landmark study by Dwyer et al. 1990 illustrated how stimulating the lower zygapophyseal joints of the neck could also cause symptoms in this region of the upper back.

Most importantly, and perhaps least intuitively, the lower cervical nerve roots need to be considered. Louis Gifford “proposed that many conditions exist on a clinical continuum, or spectrum, that range from the full-blown and blatantly obvious to the more obscure and harder to detect.” What does that mean? Here’s a key finding from Tanaka et al. 2006: “scapular region pain is generally the initial symptom in radiculopathy and can persist alone before the arm or finger symptoms develop.”

Regarding Louis Gifford’s clinical spectrum, cervical radiculopathy with absent reflexes, diminished sensation, weakness, and/or symptoms throughout the upper extremity might exist on the extreme of one end. On the other? Perhaps this deep, dull ache along the medial scapular border. Mizutamari et al. 2010 confirmed that cervical radiculopathy involving the lower cervical nerve roots can contribute to pain in this interscapular region. Unlike the beautifully colored dermatomal maps often shown in textbooks, Murphy et al. 2009 found that “pain related to cervical nerve roots was non-dermatomal in over two-thirds (69.7%) of cases” AND 50% of patients report pain in the scapula area.

So, rather than the rhomboids, we should be looking to the neck.

Stress, sleep, and prolonged inactivity are all technically modifiable, but I also understand that extraneous circumstances often make them temporarily non-modifiable. Finals week at school or big deadline at work? It’s very possible that your stress levels will go up, activity levels will go down, and your sleep quality or quantity will be reduced. That’s completely understandable. However, all three of these can influence your scapular symptoms so it might be helpful to modify them if possible.

I want to highlight a few points before discussing exercises:

As far as the exercises go, the goal is to improve the capacity and tolerance of the neck, thoracic spine, and shoulder by challenging each region through various ranges of motion. There is no perfect set, rep, or frequency scheme. Find a good starting point and build up over time based on your personal tolerance. I prefer higher frequency performed periodically throughout the day!

Pain along the medial scapular border is far more often associated with the cervical spine than anything to do with the rhomboids. I’m not saying you have to stop stretching or rolling this area, but there are many beneficial, active strategies if you’ve only been getting short-term relief. Modify what you can, and don’t worry about what you can’t. 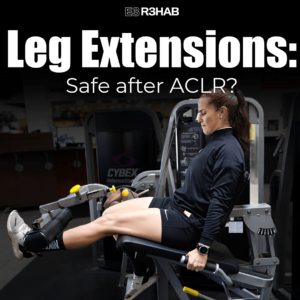 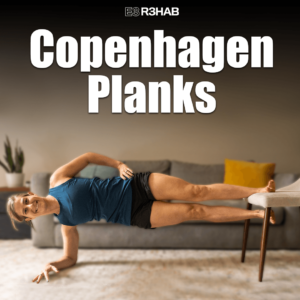