Our purpose of this blog is to discuss an overview of the split squat, basic principles of biomechanics, and how these can be utilized for practical application into training and performance. Some of the principles mentioned in this blog can be carried over to other similar movements such as lunges and squats as well.

The split squat is a popular exercise used primarily for strength development of the lower legs. Unlike the basic squat pattern which focuses on bilateral strength, the split squat is used for the purpose of emphasizing unilateral leg strength.

To ensure our verbiage is understood for the remainder of the blog, the term split squat will be used to describe the movement as described below.

The starting position will be standing, one foot in front of the other, in a comfortable stride length and feet at about hip width apart. The execution of the movement involves lowering down, by bending both knees, to a position where the back knee just touches the ground. The movement is completed upon standing back up to the same position the movement was started. Both feet will remain in contact with the ground throughout the duration of the movement.

Similar to squats and lunges, split squats will primarily emphasize strength of the glutes and adductors (via hip extension) and quadriceps (via knee extension). These exercises will also activate the hamstrings, but to a much lesser degree [1,5,6,7,8].

The mobility requirements for the split squat will vary depending on execution of the movement (more on this later), but generally will involve a certain degree of toe extension, ankle dorsiflexion, knee flexion, and hip flexion.

Depending on who you ask, the split squat can be executed in a variety of ways. Some coaches may stand firm behind the notion that there is only one way to perform the movement (ie “front shin must always be vertical”), while others might be a bit more lenient on how it is performed.

The reality is that there are a variety of ways to perform the split squat. The specific body position or technique one chooses is often based-off of individual needs. Some individuals will adjust the movement so it is more comfortable, while others may choose a variation based on performance goals.

To manipulate the demands of the split squat, we can focus on two major areas: relative torso angle and relative shin angle. Changes in these areas will result in 4 ways a split squat can be performed:

And by changing these variables, we will have a direct effect on joint range of motion, muscle activation, as well as provide insight on how to modify the movement in the presence of pain (more on pain in a future blog).

An individual’s anatomy is known to impact squat execution, and will have a similar influence during the split squat. These factors include relative torso, femur and tibia lengths, as well as hip anthropometrics. We will not go into depth on these areas, but are worth noting.

Another consideration is foot placement. Foot placement can be discussed in two ways: stride length and stride width.

Manipulating stride width will alter the balance component and muscle activation during the split squat. A more narrow feet position (also known as an in-line split squat) will reduce base of support, making the exercise more challenging for balance. Additionally, this change in foot width will also alter the muscle activity of the lower leg, as compared to a standard (or hip width) foot placement [2].

If the foot position is changed, this will primarily influence hip extension. If a long stride is taken, there will be an increased amount of hip extension of the back leg at both the top and bottom positions.

Other joint movements to consider are knee extension and toe extension. These will not be directly influenced by torso/shin angles or foot placement, but are worth mentioning. Full knee extension of the front and/or back leg may or may not be achieved, as this will depend on execution, preference, and/or coaching style. And finally, the toes of the back leg will be constantly placed in a position of toe extension throughout the movement, unless a different style of split squat (i.e rear foot elevated) is performed.

As mentioned previously, the primary muscles utilized in the split squat are the quadriceps and glutes, while the hamstrings are also being activated, but to a lesser degree. By manipulating the relative angles of the torso and/or shin, muscle activity will also be influenced.

The easiest way to understand the changes in muscle activation is by revisiting some foundational concepts in physics: moment arms and force vectors. By relating these concepts to the split squat, we will notice changes of the lever arms around the hip and knee, and thus changes in overall muscle activation of the lower leg [4].

Main takeaway: this version is theoretically better for someone who wants to target the lower legs grossly and not necessarily looking to bias one muscle group.

Just as the previous version, the force vector will stem from where the majority of the force is directed during the movement and is pointed down toward the ground. But instead of a forward shin, the split squat is now performed with a more vertical shin. By changing the shin angle, this will reduce the moment arm of the knee, and increase the moment arm of the hip.

Main takeaway: this version is theoretically more hip dominant, and therefore produces an increased demand of the gluteal muscles.

By moving the shin and torso to a more upright position, the moment arm around the hip becomes reduced, while we see an increased length of the knee moment arm.

Main takeaway: this version is theoretically more knee dominant, and therefore produces an increased demand of the quadriceps muscles.

An upright torso with a forward shin will appear similar to the previous example, portraying a longer knee moment arm, and a much shorter hip moment arm. However, with the change in shin angle (forward) this will further increase moment arm around the knee, and thus increases the demand of knee extensors (quadriceps).

Main takeaway: this version is theoretically more knee dominant, and therefore produces an increased demand of the quadriceps muscles (even more so than with an upright torso and upright shin).

What the Research Says

While the majority of the research looks at muscle activation during squat and lunge exercises, we can draw comparisons to the split squat by looking at relative shin and trunk angles.

“It should be noted that the increases in hip extensor EMG with the (forward trunk) were relatively small (3.8% MVIC and 6.0% MVIC for the gluteus maximus and biceps femoris, respectively). Given as such, the clinical relevance of the observed EMG changes could be debated.”

Conteras et al (2016) and Yavuz et al (2015) both looked at differences between the barbell back squat and front squat and their influence on hamstring, gluteal and quadriceps muscle activation.

The hamstring muscles were shown to play a relatively insignificant role regardless of squat variation. These findings support previous studies suggesting squats are not the best exercise choice for purposes of developing strength and hypertrophy of the hamstring musculature [7,8].

Glute activation was shown to be similar in both the front and back squat, while quadriceps activity (specifically the vastus lateralis and vastus medialis) were shown to be higher during the front squat than during the back squat.

Although higher quadriceps activity were observed by Conteras et al and Yuvez et al, other studies comparing squat variations have reported no differences in quadriceps muscle activation [8,9]. These mixed findings, combined with studies looking at the influence of squat depth on muscle activation, suggest variation may not be as important as overall joint range of motion for purposes of quadriceps muscle hypertrophy and strength [8,9,10,11].

The split squat can be performed a variety of ways by manipulating the relative angles of our torso and shin. From a biomechanical viewpoint, this will alter the moment arms around the hip and knee joint which may change the demands of our muscles. This concept has not been researched specifically in split squats yet, and thus we are relying on research from other exercises.

The utility of this information in practical application is still unclear. The evidence at this point does not show consistent statistically significant differences in EMG when changing shin and torso position for squats and lunges. We do have good evidence showing that moving through increase ranges of motion at the knee joint can lead to more quadriceps activation, however this has not shown to be the case for the hip joint and gluteal muscles.

This information can be valuable for certain populations when programming for performance goals, but for a majority of people, simply choosing a split squat variation that is most comfortable and allows for progressive overload will probably be the most important consideration for strength and hypertrophy.

For more information check out our youtube videos on the topic: 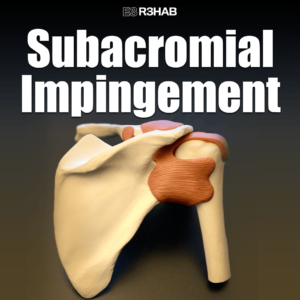 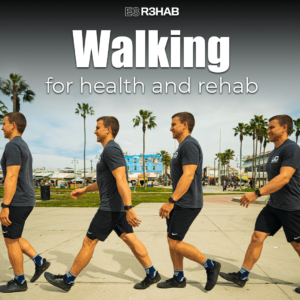 Walking for Health and Rehab
Menu