The purpose of this blog is to review the best strength and plyometric exercises for runners based on the specific demands of running. Implementing these exercises can result in greater efficiency and faster running times.

Research by Lenhart et al in 2013 showed that some of the key muscles used during running include the quadriceps, gluteus medius and the soleus, with peak forces reaching up to 2.7, 4, and 6.6 times bodyweight respectively.

However, as running speed increased, there was a noticeable shift in muscular demand, with the rectus femoris, glute max, iliopsoas and hamstrings all demonstrating an increase in peak forces.

At sprinting speeds, peak forces were highest in the iliopsoas and hamstrings, each around 9x bodyweight.

Generally, the primary strategy for initially increasing running speed is to increase stride length (~13:00 minutes/mile to ~3:50 minutes/mile). This is achieved by forcefully pushing off the ground, which is why you see such a large contribution from the ankle plantar flexors, or more specifically, the soleus. This strategy also results in a longer stance time, which can lead to increased effort from both the quadriceps and gluteus medius.

As running speed increases and approaches sprinting, the dominant strategy shifts toward increasing stride frequency (~3:50 minutes/mile to ~3:00 minutes/mile). This results in pushing on the ground more often, which is achieved primarily from generating power from the hip muscles, such as the iliopsoas and hamstrings (Schache et al. 2014).

This information helps provide insight into exercise selection, but you also need to consider the performance attributes you’re looking to improve. For running, this often includes increasing neuromuscular strength and control, power, rate of force development, and tendon stiffness to name a few.

Exercises will be divided into the categories of plyometrics, explosive resistance, and strength with emphasis on different muscle groups (quadriceps, glutes, and calves).

For each category, there will be 2 exercise options presented – an option A and an option B. If you perform sprinting, there will also be two additional strength exercises to consider – one for the hamstrings and one for the hip flexors.

Plyometric Option A: Diagonal Pogo Jumps for 3 sets of 30-60 seconds.

Place hands on hips and perform quick, diagonal jumps off both feet while keeping knees relatively straight. Focus on springing off your feet and spending as little time on the ground as possible.

You can start with smaller jumps, and overtime, progress by increasing the height of each jump.

Plyometric Option B: Drop Jump for 3 sets of 6 repetitions.

Step off an elevated surface and then immediately jump up as quickly as you can. The goal is to have a short ground contact time, therefore focus on landing with minimal knee bend and spending as little time on the ground as possible.

It is recommended using a box or object no more than 2 feet tall so you can emphasize a quick and explosive jump.

Explosive Resistance Option A: Box Jumps for 3 sets of 6 repetitions.

Start tall with hands overhead. Quickly squat down, and then jump up as high as you can, landing softly on a box. Step down and repeat.

During the jump, focus on achieving triple extension, meaning your ankles, knees and hips are fully extended in mid air.

Start with a lower box and increase the height over time, as long as you are able to perform with optimal technique.

Explosive Resistance Option B: Explosive step up for 3 sets of 6 repetitions on each leg.

Forcefully drive your foot down into a box, quickly step up, and stand tall, finishing with the opposite knee high and arms in a running motion.

It is important that the step or object is no more than 1 to 2 feet in height. This allows you to focus on an explosive step with the lead leg and minimize push off on the back foot.

You can progress the exercise by adding weight, as long as you are able to maintain an explosive drive and demonstrate good movement quality.

Quadriceps Strength Option A: Lateral Step Down for 3 sets of 6-12 repetitions on each leg.

Stand on an elevated surface, squat down, and tap your opposite heel to the ground. Keep your chest upright, and let your knee drive over your toes.

Find an appropriate starting height and increase over time, adding weight as needed.

Quadriceps Strength Option B: Rear Foot Elevated Split Squat for 3 sets of 6-12 repetitions on each leg.

Elevate your back foot on a bench, and while keeping your chest upright, slowly lower down until your back knee hovers just above the ground. During each repetition, focus on keeping most of your weight on the front leg.

If you need, hold onto a wall or object for balance.

Glute Strength Option A: Single Leg Deadlift for 3 sets of 6-12 repetitions on each leg.

Stand on one leg with a slight bend in your knee. Hinge in your hips, while keeping a flat back, and slowly lower your trunk until it is about parallel with the ground. Squeeze your glute as you return back to the start.

If you need, hold on to a wall or object for balance.

Glute Strength Option B: Side plank hip Abduction for 3 sets of 6-12 repetitions on each leg.

Set up in a side plank with your elbow under your shoulder, feet stacked, and in a straight line from head to toes. Slowly lift your top leg up and down under control.

If this is too hard, start with a side plank hold and build up to hip abduction as tolerated. If this is too easy, place a band around the knees to add resistance.

Stand on the edge of an object on one leg, rise up on the ball of your foot as high as you can and squeeze your calf at the top. Slowly lower yourself down until you feel a stretch in your calf and then repeat.

Sit with your feet on an elevated surface, knees bent to 90°, and place a barbell, dumbbells or another weight on your thighs. Lift the heels up as high as you can, squeezing your calves at the top, and then lower back down.

Focus on moving with a slow and controlled tempo during each repetition.

Set up in a tall kneeling position with knees on a pad and your feet secured. Keeping your hips straight, slowly lower down using your hamstrings, trying to resist falling forward. Push yourself back up and repeat.

Hip Flexor Strength: Banded Hip Flexion for 3 sets of 6-12 repetitions on each leg.

Place a band around your feet, lean against a wall, and then drive your knee up as high as you can while keeping your spine straight. Hold the top for 1-2 seconds and then slowly return to the start. Complete all repetitions on one leg before switching sides.

Here is an example of a weekly program for a recreational runner.

Why Should Runners Perform These Exercises?

At the current moment, there is not sufficient evidence to say strength training will reduce your risk of running-related injuries. It might, but the primary reason it’s beneficial is because it can enhance performance.

Specifically, it can improve your running economy, or in other words, the energy cost of running at a submaximal intensity. Additionally, it can help improve anaerobic qualities such as your maximal speed and anaerobic capacity (Blagrove et al. 2018).

Other key benefits of strength training and plyometrics are to help increase bone density and reduce the risk for sarcopenia, both of which are very beneficial for overall health, function, and quality of life.

These exercises are specifically chosen because they take into consideration the specific demands observed during running. These include plyometric, explosive resistance and strength-specific exercises, since using this combination has been shown to positively affect performance in runners (Blagrove et al. 2018).

The programming and parameters outlined can serve as a helpful guideline, but understand these are only some options. Feel free to substitute in other exercises like skips (plyometric), hurdle jumps (plyometric), olympic lifts (explosive resistance), med ball throws (explosive resistance), squats (strength), deadlifts (strength), etc, based on your individual preferences. 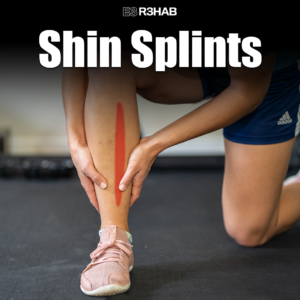 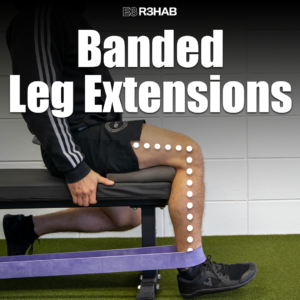