The purpose of this blog is to provide a comprehensive review of the literature on subacromial impingement, what most people believe about it, where the term came from, and what our current evidence says about it.

What is the Common Understanding of Subacromial Impingement?

Traditionally, this term was used because of the belief that the subacromial space, the area under the acromion process of the scapula, was narrowing (impinging), pinching the rotator cuff, and leading to pain and dysfunction [1]. This belief gets passed down to patients who are diagnosed with the condition. Most people will describe their understanding of the condition as:

“It is the tendon being caught by this piece of bone and wearing it away.”

However, current evidence points that this is not accurate and it is time for us to update our understanding of subacromial related pain.

Where Did the Term “Subacromial Impingment” Come From?

This term initially started with a shoulder surgeon named Dr. Neer who coined the term in 1983 but had been discussing terminology similar to it since 1972. During that time, the biomedical model of pain management and biomechanics around pain were the leading perspective on why someone had pain. Surgery for “decompressing” the shoulder was common, and the clinical indications for surgery were listed as: chronic bursitis, partial tear of the supraspinatus, or complete tear of the supraspinatus.

Dr. Neer was a well regarded and highly published surgeon, and this terminology gained a great deal of attention. As its popularity grew, the term expanded and became known as subacromial impingement syndrome. Since that time, various terms have been suggested to replace the diagnosis – such as SAPS (subacromial pain syndrome) and, somewhat facetiously, SHITS (something hurts in the shoulder – Adam Meakins).

It’s been almost 60 years since Dr. Neer’s first paper on the subject and we’ve seen a significant body of research published challenging the paradigm of the condition. Contrary to Dr. Neer’s belief, the condition is not as straightforward as structures getting pinched between bones, and the treatment of just removing bone or other structures is definitely not as straightforward of a “solution” as he believed.

The original theory was that the supraspinatus was impinging between the acromion and humerus causing pain and damage. In 1996 Brossman et al. conducted a study in which they examined the movement of the shoulder complex with x-ray imaging and MR imaging with radiopaque markers. In their study, they found that the supraspinatus impinged between the acromion and greater tuberosity of the humerus at 30 degrees of shoulder flexion and abduction. This is in stark contrast to the original theory as the impingement was not only occurring at a very low angle, but it also did not match up with when we would expect symptoms.

Perhaps it’s not just that impingement occurs, but that it needs to be a certain amount of impingement in order to cause symptoms. Brossman et al. found that peak impingement of the supraspinatus was seen at 60 degrees flexion, abduction, and internal rotation of the shoulder. Again, this is not the position that we see most complaints at when we think of subacromial impingement. Furthermore, the provocative tests do not replicate this position, which greatly calls into question the impingement theory.

If the impingement theory was strong and accurate, we would see that when we remove the acromion, and thereby eliminate the ability of it to impinge, there would be a corresponding large reduction in pain and improved function. However, when we examine the success of the surgical process specifically aimed at addressing this impingement concept, the results do not fully support that the structural argument is accurate.

Kolk et al. 2017 performed a study with a 12 year average follow-up of patients who had been randomly assigned to either a bursectomy group (having their bursa removed) or to a bursectomy and acromioplasty (removal of part of the acromion that contacts the structures below it) group. The differences between the groups was not significant and questions whether the acromioplasty should be completed at all, which we will discuss more in the interventions section. This challenges the impingement theory further.

Given that most people seek out care due to pain that begins to limit their function, we should consider pain in our working operation of the condition. In Neer’s working theory, impingement would lead to impairment of the shoulder through damaging the rotator cuff and causing pain. As we alluded to above, we don’t know that impingement is necessarily the cause – so is tissue damage the problem?

When we start to consider the idea that the person’s pain is related to tissue damage, this opens up a vast amount of literature to consider. Historically the world of pain management assumed that when an individual had pain, there was a direct link to damaged tissues. What we have learned over the last few decades is that this idea is far from accurate.

“A direct relationship between the anatomical substrate, functional load and pain is not always explicitly present.” – Diercks 2014

Moseley 2007 details that studies from as far back as the 1960’s began to show that our pain behavior does not reflect the current state of tissues and that pain is much more complex than that. Over time we have progressed in theories from the gate control theory, the neuromatrix theory, the biopsychosocial model, and now with the enactive approach to pain. We have shifted away from a structural model that believed pain was a result of tissue damage and now consider the topic very differently.

The Internal Association for the Study of Pain has proposed this updated version of a definition for pain:

An aversive sensory and emotional experience typically caused by, or resembling that caused by, actual or potential tissue injury.

As you can see, this doesn’t rule out that tissue injury may have occurred, but it doesn’t indicate that it is the cause of the person’s pain experience. In a future blog we will discuss imaging and the shoulder, but we have various studies demonstrating that there can be a large range of abnormalities seen on images (such as bursitis, tendinitis, tendinosis, partial tear, degeneration, calcification, tendinopathy, etc.) but that does not mean there is a consistent trend that these match the symptoms or experience of the person. As we have learned from studies covering other parts of the body, we are in need of updating classifications of normal, abnormal, and pathological findings from imaging.

When we put an emphasis on structural factors, it can lead to various challenges from a therapeutic standpoint. Firstly, as Cuff & Littlewood 2017 found when interviewing patients experiencing symptoms consistent with subacromial impingement syndrome, patients were under the belief that a specific tissue was damaged, and that only an image would be able to properly diagnose their condition. Patients often believe that scans can provide a definitive answer that confirms what is wrong, and that it can deliver certainty to their current uncertainty.

Setting patients up for this belief of certainty from imaging is a dangerous slope. From authors such as Cuff & Littlewood, to others like Darlow, when a patient is told about these structural causes to their pain, they view hesitation in imaging as poor care from their clinician, and that until imaging is done, they cannot know the “answer to their pain.” Also, if a patient is under the assumption that a structural factor is the “cause” of their pain, then it sets them up to believe that surgery is the only option.

“There is a possibility, I think, I think what the Consultant was meaning was that I could have some Physio to get the inflammation down, get the swelling down, get the muscles stronger but it’s not permanent, it’s not going to be a permanent fix, this piece of bone is still there. I can’t imagine how any amount of physio is going to shift this piece of bone which is in my shoulder.” (ID 3)

Not only does this belief lead to a patient being misinformed, but it discourages them from being open to a non-surgical treatment approach. As expectations have a huge impact on the ability to get results in care, we should be highly concerned about these beliefs. Given the inconsistencies in findings related to pain, disability, and symptoms surrounding “shoulder impingement”, it makes it inappropriate to point blame at one structure or set of structures as the lone cause of a person’s symptoms.

If we can move towards changing the term we use in the diagnostic process, we can begin changing the narratives surrounding the condition and together begin to reduce the persistence of pain and dysfunction.

In future blogs we will explore the diagnosis, prognosis, utility of imaging, and treatment of shoulder impingement.

If you’d like more information on this topic, check out two of our podcast episodes: 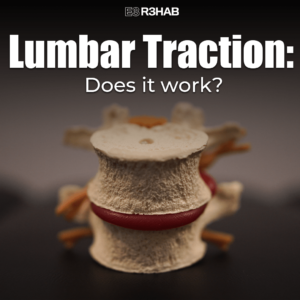 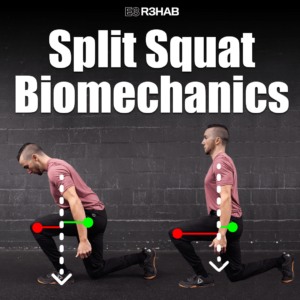